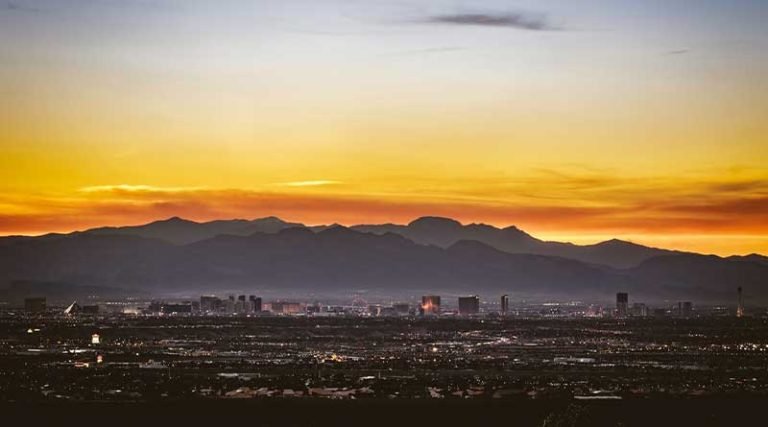 Is Atlantic City the New Vegas

When it comes to premier nightlife destinations, Las Vegas doesn’t just hold the monopoly on US hotspots. The City of Lights is one of the most recognizable places in the world when it comes to fancy casinos, luxurious penthouse suites, and a world of highly-produced entertainment.

Aside from those living on the East Coast, few think of Atlantic City when it’s time to pack their bags and take out their ceramic chips. However, New Jersey’s Atlantic City has been around a lot longer than Nevada’s desert oasis.

The area’s boardwalk was one of the biggest crazes for summer travelers in the mid to late 1800s. From there, business tycoons set up shop and turned the coastal town into a major destination during the roaring 20s.

The hype slowly dwindled, leaving only a few longstanding names—but could that change in the coming years? A massive upswing in sports betting since 2018 has reinvigorated life along the boardwalk.

Take the Borgata, for example. As the crowning jewel of Atlantic City, the MGM Resorts International casino and resort has continued to be the top-grossing business on the boardwalk. A Borgata sportsbook review also paints a picture of the group’s latest forays into the world of money lines and point spreads.

As the premier destination on the boardwalk, Borgata’s sportsbook reflects the opulence and reliability of their live destination. Though odds are only available for those inside New Jersey state boundaries, the state may be able to topple Las Vegas’s hold on the industry from 2,500 miles away and redefine itself in the process.

Is Atlantic City the new Vegas? The simple answer is no. The New Jersey mecca got its start nearly two hundred years ago and had its heyday one century ago. By the time Atlantic City’s boardwalk fell into disrepair and the destination became little more than a legend, Vegas took the scene.

Followed by an influx of investment post World War II, Vegas transformed in a matter of years into an entertainment oasis. With big money in groups like MGM and Caesar’s, the strip transformed into an opulent playground Meanwhile, Atlantic City would wait until a referendum in 1976 opened the boardwalk up to casino resorts.

In the 1980s, Vegas and Atlantic City competed for the attention of gamblers and boxing enthusiasts. Corporations fought for control of each city, looking to draw in big-money spenders. But, for the most part, the cities weren’t competing; Vegas owned the west coast, and Atlantic City owned the East Coast.

During the 80s and 90s, both cities further defined themselves. Vegas became a zany and no-holds-barred location for all things weird, including drive-through chapels, weird museums, and shows that include magic or lions—sometimes both. Meanwhile, Atlantic City became a summer destination for gamers and beach-goers, with a significantly smaller year-round population.

Though Atlantic City featured big-name shows and huge concerts alongside some of the country’s most exclusive casinos, Vegas had one major edge: sports betting. Until 2018, only Las Vegas retail sportsbooks were allowed to accept bets on sports.

This meant that for over fifty years, Vegas alone raked in millions upon millions from regulated sports betting. Given a 1992 federal restriction on the industry, New Jersey couldn’t offer odds online or in-person.

For over a decade, New Jersey and its governor, Chris Christie, spearheaded the arduous task of upturning the Supreme Court’s 1992 decision to ban sports betting outside of Nevada. Along with Pennsylvanian legislators, New Jersey succeeded in repealing the law so that each state could regulate its own sports betting market.

Within months of the May repeal, New Jersey launched its online and in-person market. The state requires sportsbooks to partner with established brick-and-mortar casinos already live (most of which are in Atlantic City), which means the subsequent punting boom has benefitted the coastal resort town most.

For Atlantic City, whose casinos have been dwindling in terms of popularity and revenue, the boost was essential. In fact, the results blew top estimates out of the water as 2019 and 2020 rolled around. By December 2020, the state brought in $1 billion in sports bets for that month alone. January 2021 took nearly as much with $958.7 million wagered.

In short, the sports betting business may have saved Atlantic City, which still teeters on the edge with ongoing falls in casino numbers. At the moment, Governor Phil Murphy is working to keep the boardwalk open for those who prefer to game and wager in-person. However, the state’s lean betting market, most of which is conducted online and via a mobile device, will continue to provide essential support during uncertain times.

A New Set of Challenges: Vegas vs. Atlantic City

Though Jersey’s favorite resort town may be benefiting from the influx of punters and oddsmakers, Las Vegas also has a live mobile and online betting market. Unfortunately for the desert destination, there’s no sudden boost to bolster 2020s lagging visitor numbers.

Looking ahead, Vegas has a stronger hold on the gaming and betting market. Not only does its reputation help bring in first-time gamers, but the city itself is a veritable bucket list location for countless travelers. Year-round, the City of Lights attracts those looking for a lot more than just a casino or a retail sportsbook.

On the other hand, Atlantic City has a long and storied history that makes it a cultural hub for those who grew up on the East Coast. Not only that, but TV series like HBO’s Boardwalk Empire have helped make the coastal city cool again.

Though Atlantic City isn’t a full-blown mecca with half a million residents (it only has around 40,000), state governors have historically spent ample time and effort looking to support the destination. Now more than ever, Governor Murphy has disposable tax revenue from sports betting to pour back into the city.

Life in Las Vegas is bound to remain a bit leaner in the coming years to account for the downtick in visitors. However, life on the strip has always been competitive. Even back in the 70s, tycoons like Kirk Kerkorian were spending hundreds of millions to build resorts on the strip or buy out smaller establishments.