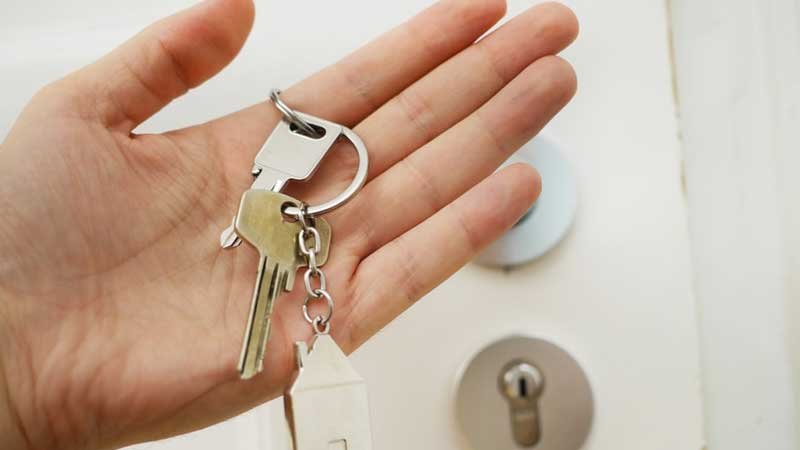 8 Most Common Types Of Keys For Locks

Homeowners, cars and businesses need to have knowledge on different types of keys for locks what they carry with them. As there are many keys, and they have different looks, they can get overwhelming easily. Though car keys and house keys are easy to recognize, other locks are not that common.

Here are some common types of keys for locks available around us.

Different Types of keys for Locks

They are used in home locks, and they usually differ from the normal keys which we use regularly.  They have two or four sets of teeth on them. That’s why they are known as double/four-sided key. Usually, four-sided keys are more durable than two-sided keys. These keys will secure your home even better as it is difficult to pick to open the door.

These keys are also known as chip keys. Transponder keys are used in modern cars, which can be activated by a radio signal when you will direct it from a specific direction. There is a chip inside the transponder keys which have a connection to the car directly.

Why should you use these keys? Because they secure your cars from thieves, and it is really difficult to get the duplicate keys. That’s why no one cannot make a copy of the keys and cannot steal your car.

These keys are also known as a passkey. These keys have a single toothed end with the cylindrical shaft. They are typically used to open warded locks. But warded locks are not used nowadays, so skeleton keys are used to open any lock which has a specific type. We all are well-known of the “keyhole” icon, and this design has come from the warded locks.

These types of keys are used in disk tumbler locks. You will have to rotate the disc with a special key like a tumbler, and then you need to place them to unlock your locks. This key is impossible to pick, and every house likes to use the Abloy lock and key system.

There are cone-shaped dimples on the key, and they are ready to match up with the pins of the lock. The dimples are placed on each side and in the same way. That means they need not be oriented for any particular approach to work correctly.

You can also mention “Tubular Key” as “Barrel Key.” Their cylindrical shaft is used to open the tumbler locks. You can use these locks to unlock the bike locks and vending machines, and it is challenging to duplicate the tumbler keys.

It is used in many offices or modern hostels to secure safety in a way better. You can find these cars in the flat and small version, and you have to insert the card into the locks to unlock the door.

Basic types of keys for locks

Despite these usually, there are also four types of keys for locks. Like;

This is the main key that can identify and be used only for the entire locks. This key is perfect and suitable for every lock, and that’s why they are known as the primary key.

As an example, for an employee, their ID card can be the primary key, which is unique, and you can use this to unlock every lock in your office. In your ID card, your license number, passport number are selected, and that’s why this is known as the primary key.

Normally the primary key is designed on the base of requirements and developers.

For example, we all know that the ID card is known as the primary key, but when you don’t have the ID card, then you can use your license number or passport number or SSN as the candidate key.

The super key is identified as the superset of the candidate key. In an office, two employees’ names can be the same, but their ID numbers cannot be the same. That’s why this combination can also be known as a key. In this situation, the super key can be considered as EMPLOYEE-ID, EMPLOYEE-NAME, etc.

It would be better if we use this as an example in this article. In an office, every department has its ID. We have to use this to secure each information from the department. We can consider the whole department table as the primary key, but department ID is used as the Department ID in this case.

Hopefully, now you have the ideas about the types of keys for locks. So when you go to the market ( for example, Slotenmaker Antwerpen) to buy keys, it would be better to keep in mind for which lock you are going to buy the keys. Enjoy your shopping in buying keys in the market.