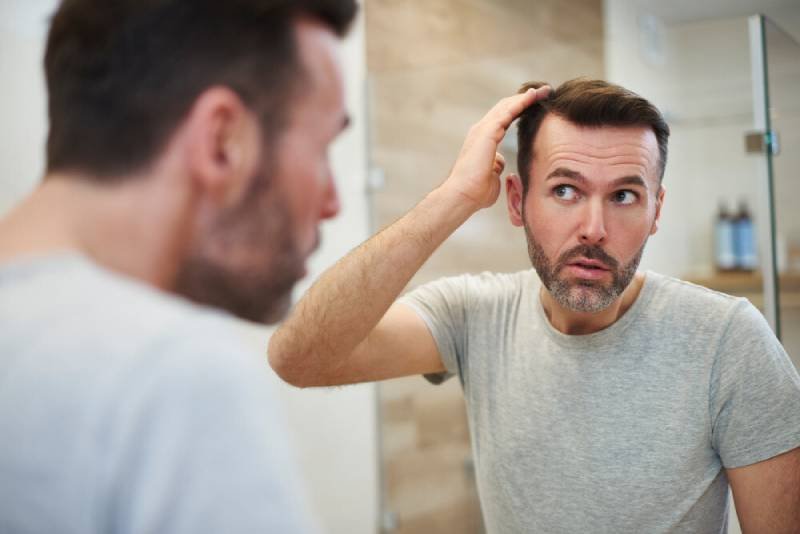 What To Do About Hair Loss And Male Pattern Baldness

Experiencing male pattern baldness? Has hair loss become a constant ever since you found out that your strands have been thinning as months, and years, go by? You’re not alone. An estimated number of 50% of men 50 years of age and over will indefinitely go through this condition. And that’s 50% across the globe.

Still, if you want your locks to grow back thick and strong, get treatment with Numan and find out more about male pattern baldness as you read on.

Also called pattern hair loss, male pattern baldness is the thinning, parsing, and later, balding of the scalp. The most common cycle tends to show initial hair thinning close to the temples or at the vertex (the “crown”). In rare cases, on both parts of the head, at the same time.

The major factor that comes into play with pattern hair loss is age. Now, research and study of this condition are still ongoing, and there are variables that remain inconclusive. That said, scientists have revealed that a hormone called androgen may be what instigates the quickening of hair loss.

As you age, hormonal imbalance occurs, causing androgens to “weaken”, and therefore lead to impacting your scalp and your hair roots. Instead of sprouting thick and healthy strands, they’ll begin to grow weaker and thinner follicles. And as time goes by, the roots themselves will cease to grow hair altogether.

The second major factor here is genetics. It’s been said that the same hormone which affects hair growth, when found imbalanced in a genetic line, will bring about male pattern hair loss from one generation to the next. This is true even without factoring in the “age” variable. Those who are genetically affected by this will experience hair loss patterns as early as their late 20s or early 30s.

One of the more popular components that many lean towards when looking for products that may address male pattern baldness is Minoxidil. This solution falls under a category of vasodilators. Vasodilators are found in medication that aid with widening blood vessels. They’re usually used to let said blood vessels relax and allow blood flow to be stable.

This doesn’t mean that Minoxidil is a cardiovascular supplement. It does, however, have a compound for blood-vessel relaxing. What does this have to do with male pattern baldness? The characteristic of Minoxidil is that is can aid with relaxing the blood vessels underneath your scalp to stimulate proper hair growth.

Although Minoxidil will not reverse the effects of male pattern baldness, what it can do is let your root grow hair once more, and allow them to be thicker and stronger, as opposed to being fine and sparse.

There are side effects you should be aware of. The level of intensity of these side effects vary per person, but it’s still best to understand what to expect when it comes to Minoxidil. After applying the solution or the foam, some patients have noticed redness on the area where the Minoxidil product was concentrated on. If not redness, itchiness, stinging or burning. For the latter two, immediately stop the use of the product and consult your physician.

On the same note, ask your doctor about Minoxidil first before using it, so that you may be warned of any allergic reactions you have to prepare for.