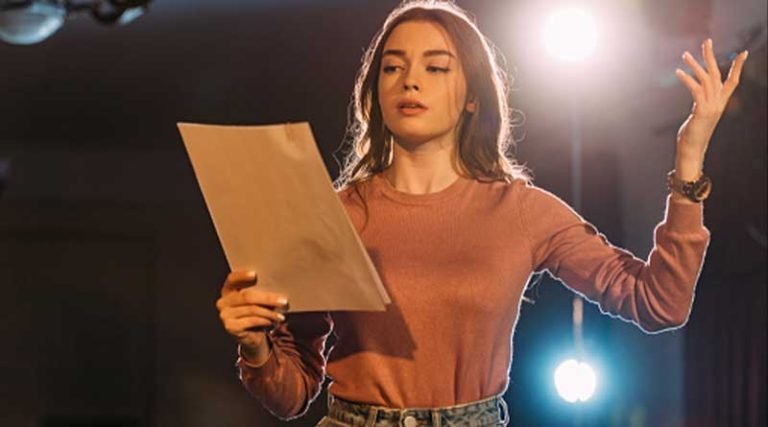 Differences Between Acting and Modeling

Many people assume that acting and modeling are similar. Just because you are behind a camera posing or maybe doing something does not relate to acting. If you are interested in either, it is vital to know their differences. You can be both an actor and a model, but you cannot use the same skills for both. While watching a movie, you have imagined yourself as an actor at one point in your life. We all have imagined the thrill, fame, and fun of being an actor. The acting industry attracts a lot of youngsters all over the world and has quite the pay. If you consider investing in acting as a career, all you have to do is visit The Actor’s Group Orlando acting class.

Similarities and Differences Between Acting and Modelling

Though the two (acting and modeling) might have a thin line distinguishing them, it’s important to note that they intend to put a particular message across in both. Modeling is more immediate, while acting might be just for entertainment or have a story behind it. Thus, it comes in handy to recognize the various aspects one should emphasize considering one over the other. Let’s start with some common traits similar in both careers.

One ought to be passionate about the field you are getting into. Whether it is acting or modeling, passion is the key. With passion, a positive attitude is naturally generated. One lives and works in a way that puts zero strain on your daily activities. Simply put, you have fun while doing what you like.

Young and old are words yet to be defined in the modeling and acting industry. Simply put, there is no limit to when one can start their careers in the industries mentioned above. As long as you have the zeal to go through with your dream, then go with the tide.

Another attribute that’s common in both is that you should be set to putting in hard work. Mentally, you ought to be prepared for all the positives and negatives that are to be anticipated. The positives, glitz, and glamour that come as you progress should be welcomed. Still, one should expect the negatives that come along, for instance, exhaustion, personal life interference, etc., which are part and parcel of the package. Laziness is a no-go zone if you picture yourself being successful.

Aside from the above, you also need to be persistent and consistent on your course. Be sure to pick a modeling or acting path that suits you. Confidence acts as a positive plus for you. While working on your field of choice, it’s imperative to remember that you’re making a living out of it. To ensure this is achieved, you’d need to come up with a plan to manage yourself. This could be attained either through personal management or by getting someone to handle the task for you. That way, down the line, you would be able to look back and see the fruits of your labor. You’ll also see the progress that you have made.

As put above, the similarities and differences do draw a thin line. Let’s take a glimpse at some of the differences.

One is that you will be working on different projects depending on your field of choice, be it acting or modeling. For your specific project,  it’s vital to communicate well and internalize key points. Remember that the essence is to try and put forth a particular message. One should have a certain thought process while handling the task at hand. Getting the concept of what you ought to communicate would enable you to put across the message in the best possible way. Achieving both your expectations and those of your employees.

Understanding the various jargon involved in different tasks also comes in handy. It ends up saving a lot of time, plus one doesn’t end up being all confused when being instructed to do some task.

In acting, one ought to sink oneself into the character being portrayed by the director. This might involve depicting certain emotions, accents, physical prowess, and other attributes that are to be being represented. Apart from what you are trying to deliver, the story’s plot plays a significant role in the acting field. One should pick a story that attracts the masses as it helps you build on your image, hence your career.

Modeling is mainly affiliated with industries that have a product that they intend to advertise. To this end, they choose people who will best put the message they intend to convey.

In a sense, modeling can act as a stepping stone to being an actor. The difference between the two might be blurry, but the two require different mindsets to be executed appropriately. In both, one may attain fame and fortune if adequately managed. As you progress, you could also achieve celebrity status and would have a global audience. With this, however, comes a lack of personal life and privacy. You might have varying working times and might receive unethical requests. It’s, however, imperative to weigh your options carefully to ensure that the career you choose works for you.