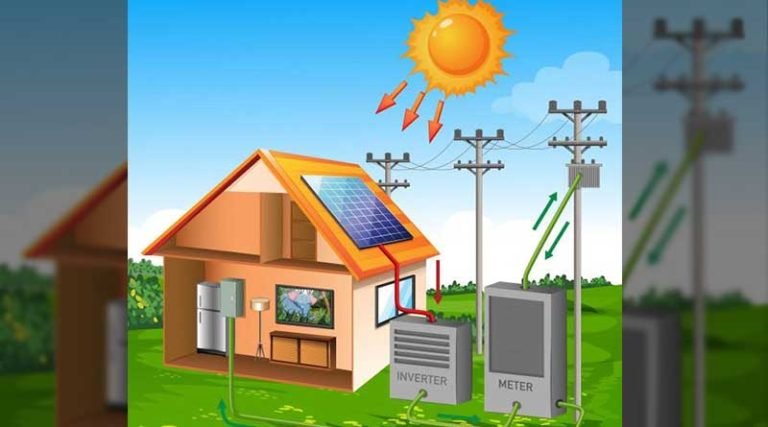 Inverters are the hardest-working units in the solar energy systems and are responsible for more operations than any other components. For that reason, choosing the right inverter is critical to the operational efficiency of your solar photovoltaic (PV) system. However, owing to the wide range of options available in the market, deciding on an inverter could be confusing for the buyers. While traditional inverters are often connected to a battery, hybrid inverters can function even without an inverter battery. Similarly, some inverters can operate off-grid. Are the options making it too confusing for you to choose the right kind of inverter for your solar PV system? Worry not. Here’s all you need to know to pick the perfect inverter for your need.

How Does a Solar Inverter Work?

Just like a battery inverter, a solar inverter converts direct current (DC) into alternating current (AC). Although an off-grid solar inverter functions similar to the battery inverters, a grid-connected inverter takes DC from the solar panels and can transfer AC back to the grid. Since, DC produced by the solar panels cannot be used as such by the home appliances, it is sent to the inverter which transforms it to AC, making it useful to operate home appliances.

As the name suggests, these inverters are connected to the utility grid and can transfer surplus energy back to the grid. Thus, users can save on their electricity bills. However, grid-connected inverters are not useful in case of a serious outage as there is no provision for storing solar energy.

Off-grid inverters are connected to the batteries and can function independently of the grid. The key advantage of an off-grid inverter is that it produces enough power for storage. The stored power can then be used when the grid is down.

Plus, the advantages of opting for a battery ready inverter are manifold. Some of them are:

One of the key advantages of using a hybrid inverter is its integrated design which makes it easier to add or remove additional features depending on the user’s needs. Otherwise, adding an extra feature such as a battery backup system to a solar PV system requires the customer to buy a battery bank, a battery charge controller, a performance monitoring system and in some cases, a new inverter itself.

Hybrid inverters are often equipped with the feature of sending their performance data to a designated cloud portal. Users can log in to the cloud-based app and view their system’s performance. They can also get instant notifications if the system is not performing well.

If you are seeking efficiency as the top priority, then you may opt for DC-coupled inverters. There is some amount of energy leakage every time DC is converted to AC or vice versa. In the case of a DC-coupled inverter, the DC power from the panels is transferred directly to the battery without transforming it to AC. Thus, users get the maximum output from the energy generated by the panels.The above advantages make hybrid inverters a better choice than the other types. Further, a hybrid inverter can include add-ons like a battery system, making it much cheaper when compared to a tubular battery price. Every inverter option comes with its own fair share of advantages and disadvantages. Hence, it is important to be clear about your priorities and requirements before buying a solar inverter.