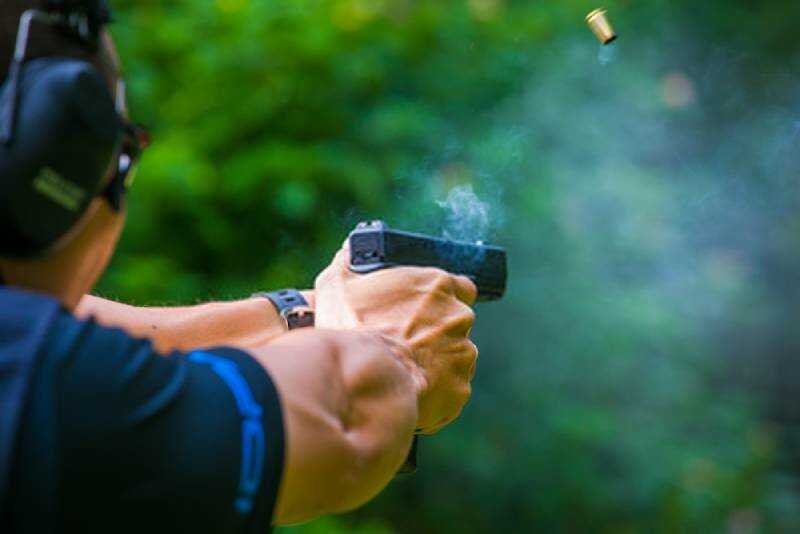 Right On Target! Your Guide to Choosing Your First Handgun

Owning a gun is extremely commonplace within the United States. This is particularly true amidst the coronavirus pandemic, where gun sales have surged to unprecedented heights.

If you’re ready to buy your first gun, there’s a handful of information that you needed to keep in mind. Not sure where to start? Don’t worry, we’ve got you covered.

Let’s take a look at everything you need to know about how to choose a handgun that’s right for you.

What Caliber Are You Comfortable With?

One of the most important considerations that you’ll need to make is determining what type of caliber is suitable for you.

As you might expect, larger calibers directly translate stronger shots. This also means there will be more recoil every time you pull the trigger.

If you’re worried about not being able to handle the kickback, it’s best to choose a handgun caliber on the lower end. Since shot accuracy is more important than raw power, you should never sacrifice precision for a stronger cartridge.

Do You Want a Semi-Automatic or Revolver?

It’s important to choose a handgun that you enjoy using. So, new gun owners are left with an important decision to make— would you prefer a standard semi-automatic handgun or a revolver?

Let’s take a look at a few of the key differences between the two.

Semi-automatic handguns user gas pressure after each shot is fired in order to load the next one. In between shots, the gun ejects the spent bullet casing while simultaneously caulking it’s firing mechanism.

Ammunition is stored in a detachable magazine and fed into the pistol before it’s ready to fire. Depending on the size of the magazine, most semi-automatic handguns are able to fire anywhere between 8 and 20 rounds before reloading is necessary.

Compared to a revolver, they’re also easier to handle and conceal.

A revolver is able to hold a bunch smaller number of rounds, approximately five or six at most in many cases. However, revolvers make up for this with sheer cartridge power.

Similar to how a semi-automatic handgun will load the next round after the previous one is fired, a revolver rotates the cylinder that stores ammunition in between each shot. Due to the mechanics of how a revolver operates, they are noteworthy for being far less likely to jam compared to a semi-automatic pistol.

As you may expect, they typically have higher recoil and often require greater hand strength to use correctly.

The reason behind your gun purchase will dictate what type of gun is best for you.

If you’re looking for something that you can use on open property or at a shooting range, a semi-automatic gun is often the better option. This is due to the fact that a cartridge can hold a greater number of bullets, and it’s far easier for beginners to handle.

If you plan on concealing a weapon and using it for self-defense, a semi-automatic handgun is also the better option due to its small size and portability.

For home defense, though, a revolver is superior. Revolvers have a mechanism that allows users to both cock and fire the gun with a single heavy trigger pull.

In situations where every second is crucial, this is an essential capability to have. This attribute coupled with a revolver’s capability of handling high-powered rounds makes it a solid, reliable home defense weapon.

Try Before You Buy

It can be tempting to order a gun online or purchase one quickly simply for the sake of having it. But, you’ll be able to get far more utility out of the handgun you buy if you spent time using it before you purchase it.

Otherwise, you may end up returning or exchanging the kind that you buy. In some scenarios, you may be unable to use it correctly when the time comes.

One of the best ways to do so is to visit a shooting range, as you can rent a variety of in-store handguns to try out on your own. Once you’ve found the one you’re comfortable with, you’ll have a much better idea of the type of handgun that is best for you.

Owning a handgun (even one with a relatively low caliber) comes with a large amount of responsibility. This is especially true for those who have children in their homes.

It’s essential to practice safe gun ownership at all times. This means properly securing your handgun when you’re not using it, keeping it out of reach of those who shouldn’t have access to it, etc.

Additionally, it’s worth taking a gun safety class so that you are able to handle your gun as carefully and efficiently as possible. You’ll also learn about the many nuances that come with operating a handgun, such as what to do if your gun jams, how to clean it, etc.

So, consider it an investment that you make alongside with the purchase of your gun. You can visit this resource to learn more about the benefits gun safety classes provide.

Understanding How to Choose a Handgun Can Seem Difficult

But it doesn’t have to be.

With the above information about how to choose a handgun in mind, you’ll be well on your way toward making the decision that’s best for you.

Want to learn more tips that can help you out in the future? Be sure to check out the rest of our blog.