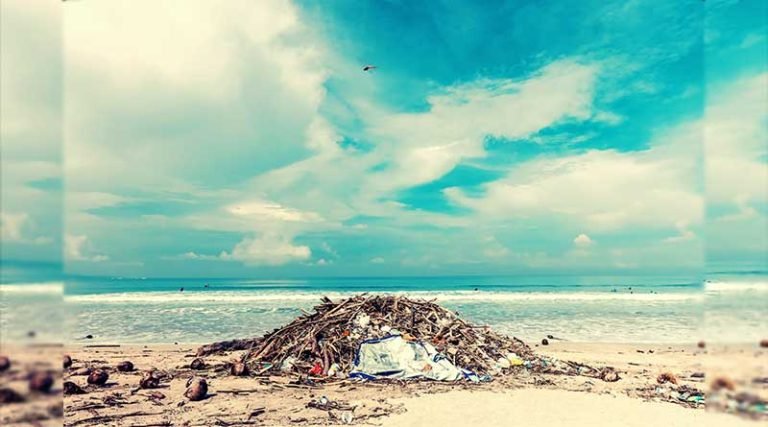 The earth’s oceans are changing rapidly. As humans continue to produce waste materials, both the temperature and composition of the oceans become altered on a global scale. Naturally, ocean pollution and marine life are inextricably linked. To protect marine life, scientists and citizens must understand the delicate cycles that the ocean and its inhabitants undergo. Here are a few key points:

Like any other living environment, the ocean relies on a constant supply of oxygen to sustain life. This doesn’t mean, however, that the level of oxygen in the ocean is somehow fixed. Photosynthetic plankton and other organisms, in fact, generate a massive portion of the earth’s oxygen, absorbing, in turn, a massive amount of carbon. While this previously meant that manmade atmospheric carbon was reliably absorbed by the ocean, there is a limit to the amount of carbon that can be absorbed over a relatively short period.

How does climate change affect the ocean? The most direct result is acidification. An increased carbon load changes the pH of the ocean, resulting in a huge array of chemical and biological changes. While dramatic changes take an extremely long time to set in, sensitive species such as oysters, lobsters, and mussels are likely to experience serious negative effects relatively soon. Already, studies have shown that the development of juvenile shellfish has been adversely affected by a higher ocean ph.

Though it can seem less important than other results of climate change, ocean temperature can drastically impact sensitive marine life. Famously, increased temperatures have triggered widespread coral bleaching throughout the world’s warmest coastal waters. Bleaching is a natural stress response and does not kill corals, but it does make them susceptible to diseases and other dangers. When corals are allowed to remain in overly warm temperatures for an extended period, reefs and the many species they host can die off in droves. This is a potential catastrophe for the world’s seas, as coral reefs are one of the earth’s most important bastions of biodiversity.

There is no shortage of ways physical pollution can cause harm to ocean life. Undegradable plastics can fool animals into mistaking the toxic substances for prey, and containers can entangle large species, rendering them unable to obtain vital necessities. Perhaps the most serious effect of pollution, however, is the potential for certain compounds to trigger an unchecked growth of algae. These algal blooms can deplete oxygen from vast areas of the sea, resulting in dead zones where few lifeforms can exist.

Collectively, climate change and pollution have threatened some of the world’s most charismatic marine species. The growing list of endangered marine animals includes:

Much of mankind’s negative impact on the environment stems from a fundamental misunderstanding of its relationship with the ocean. While significant damage has already been done, it isn’t too late to reverse recent changes. If you are wondering what you can do, your best option is to educate yourself; opt for an environmental major in college. Go for a family whale watching. By teaching the next generation about the seas, you can do your part to help mankind reassess its place in the environment.