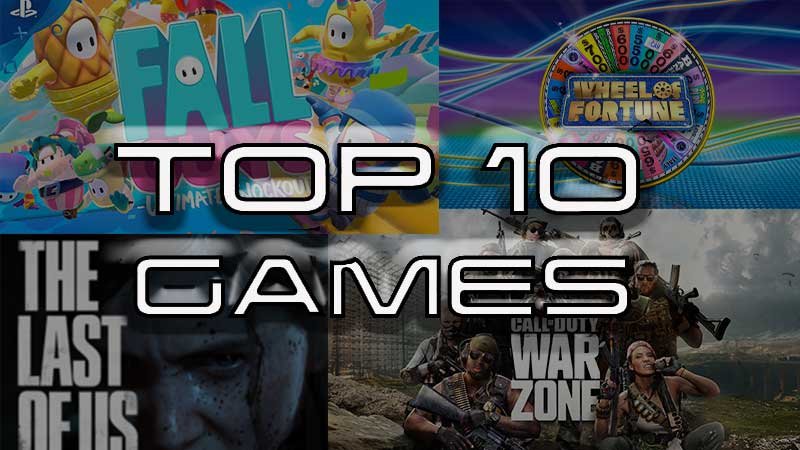 This year has been quite a journey for all of us. With so many unforeseeable circumstances and the global pandemic raging across the world, many people found themselves struggling. On top of everything that was going on, mandatory quarantining and social distancing didn’t make things any easier on people’s mental health either.

Luckily, the gaming industry really showed up in 2020. For such a turbulent year, it certainly brought us a plethora of amazing games and new titles. So, no matter if you’re a veteran gamer or you’ve just started to explore the world of gaming, here are top 10 video games in 2020 you should definitely check out.

Fall Guys is often being described as a perfect marriage between Mario Party and battle royale, and the audience seems to love it. This simple yet captivating multiplayer game came at the perfect time to – at least to a degree – help take our minds off of things. Additionally, Fall Guys is the perfect example of how a game doesn’t have to be complex or feature stunning graphics to be enjoyable.

Last of Us Part II

The sequel of the well-loved Last of Us Part I was welcomed with a storm of different thoughts and feelings surrounding not only the storyline but also the choices made during game development. And even though this title ruffled some feathers within the gaming community, the fact still remains that this was one of the most anticipated titles in 2020. Every player that got the chance to try out and enjoy the game said that they would return to this title anytime.

Another installment of this favorite game was released in 2020 and it had just enough originality to feel fresh but so many things stayed the same so it also felt familiar. The strategies and progressions portrayed in the game offered dozens of hours of playtime and many players embraced it with open hands. There’s nothing better to offer that much-needed distraction than a new installment of one of your favorite games.

Wheel of Fortune is one of the most popular slot games. With all of the bonus features, this slot machine can be found in numerous casinos across the world. This popular slot game also offers a multiplayer option which means you can even enjoy playing it with friends. Again, slot games are super easy and fun to play, which is yet another proof that you really don’t need to overcomplicate things to make them more interesting.

Ori and the Will of the Wisps

Moon Studios’ Ori and the Blind Forest, which is the prequel of this game, was a huge success. The much-anticipated installment, Ori and the Will of the Wisps, is no less. This title offers the player an expanded world that’s even more colorful and complex than it was in the previous title. This creativity-invoking game was well-received and it will seemingly become even more popular than its predecessor.

Animal Crossing: New Horizons became the “unofficially official” game of the pandemic lockdown. In this adorable game, the player is dropped on an island where their goal is to build a community of friends and neighbors. Cartoonish in style, this game is not only fun to play but its also super adorable to look at.

Among Us is basically just a well-designed game of deception. Here, the players will need to comb through and find the “imposter” among them. The game is set on a starship and the goal is to eliminate all the imposters without eliminating any “crewmates”. Of course, achieving the goal is way more difficult than it seems, which makes this game so enticing and fun to play.

This year we finally got the chance to return to Midgar and it was better than anything we could ever hope for. Final Fantasy VII Remake – according to many – is a masterpiece that completely redefined the RPG genre as we know it. With so many new-old characters and roles to try out, any fan of the original game will certainly enjoy it. However, to keep it clear, the remake doesn’t replace the original in any sense. Instead, it only takes the experience of the original game and pushes it a step further.

Cyberpunk 2077 is probably one of the most anticipated games to ever hit the market. Teased way back in 2012, this game was the main topic of plenty of conversations for many years. Finally, it was released in December 2020, which made so many players ecstatic. So, if you know a gamer and you’re wondering what to get them this Christmas season, you need to look no further. Just make sure they don’t already own it.

Video games always offered a way to escape your current reality and enjoy some different version of it. Nowadays, it seems like more and more people are looking for that type of escapism.