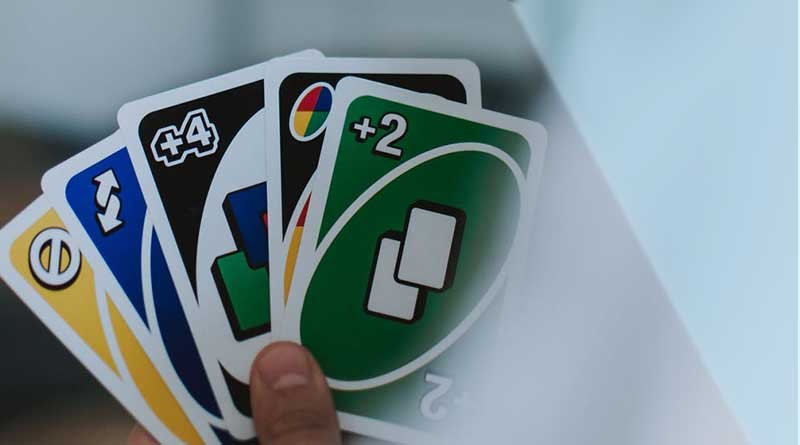 Uno’s Movie Plans and the Enduring Popularity of Card Games

The movie world has turned to so many different areas for inspiration throughout the years. From real-life dramas to fantastical works of fiction, a range of different stories can now easily be enjoyed either on the big screen or via leading streaming services like Netflix.

Considering the popularity of the likes of League of Legends, it is perhaps unsurprising that many well-known properties from the gaming industry have been adapted by Hollywood. However, a very different form of gaming is now apparently set to get the big-screen treatment. Yes, a movie based on Uno is reportedly on the way.

At the start of February, Deadline revealed that Mattel is creating a live-action movie based around the famous card game.

The report outlined that the project is a heist comedy that will be based in Atlanta’s hip hop scene. Mattel is set to produce the movie alongside rapper Lil Yachty, who may take up the starring role. Deadline adds that Uno is just the latest Mattel Films project to be announced, with other projects also in the pipeline.

In addition, the news has come months after sites including Dicebreaker revealed that a game show based on Uno is thought to be in development. The site outlined how the series may feature four teams and include elements such as physical challenges and questions.

Such plans not only highlight the enduring popularity of Uno, but also shows how card games, in general, continue to be popular with many people.

Despite the success of video games and the rise of mobile gaming in recent times, many people seemingly still have an appetite for more traditional, offline forms of play. According to findings published by Grand View Research in 2019, the global playing cards and board game market was valued at almost $12 billion in 2018. The organization also predicted that the area would grow, stating that it would be driven by trends including millennials seeking old-school games for social gatherings.

It is worth bearing in mind that it is not just the classics that are finding an audience either. New card games launched in recent years have also enjoyed massive success, with a good example being Exploding Kittens. An article published by Insider last year outlined how nine million copies of the game have been sold worldwide, a remarkable figure for a title that was only created in 2015.

Changing with the Times

But just how have card games managed to endure over the centuries? There could be many reasons behind this, but one factor may be how some have been able to change with the times. After all, while playing such games offline remains popular, the titles have also effectively embraced the online world too.

Digital versions of card games have been around for roughly 30 years, with Microsoft famously offering free takes on solitaire across various iterations of Windows. Taking the success of Microsoft’s example and expanding on it, classic playing card-based games like blackjack and poker have enjoyed a new lease of life thanks to live casino gaming. For example, Betway offers a host of variations of the games in its live casino section, including Infinite Blackjack, Bollywood Blackjack, and Live Caribbean Stud Poker. The titles are presented by real dealers via high-quality video streams, which has made a huge contribution towards classic card games’ continuing success in modern entertainment.

Another title successfully adapted for the digital world is the aforementioned Uno, which has also been transformed into a mobile game. Uno Mobile has won awards and was involved in high-profile collaborations with the likes of BTS. So, it’s clear that classic card games with a modern twist are not only making a significant impact on the entertainment industry, but are also set to enjoy a bright future.

It is also worth noting how some card games have even been featured within larger video game worlds. A good example of this can be seen with the hugely popular Grand Theft Auto series. The Diamond Casino & Resort was added to GTA Online in 2019 and Rockstar Games outlines how it gives players the chance to try games including blackjack and three-card poker. This introduction has led some players to access online card game sites to further explore this modernized form of age-old entertainment.

While many different gaming trends have come and gone through the years, card games remain very popular due to a love of the traditional format meeting with technological advancement.

It will be interesting to see what the Uno movie ultimately looks like, but the project highlights how this game, and others similar to it, continue to find an audience. They may have been around for a long time, but few would bet against card games enduring for many more years.